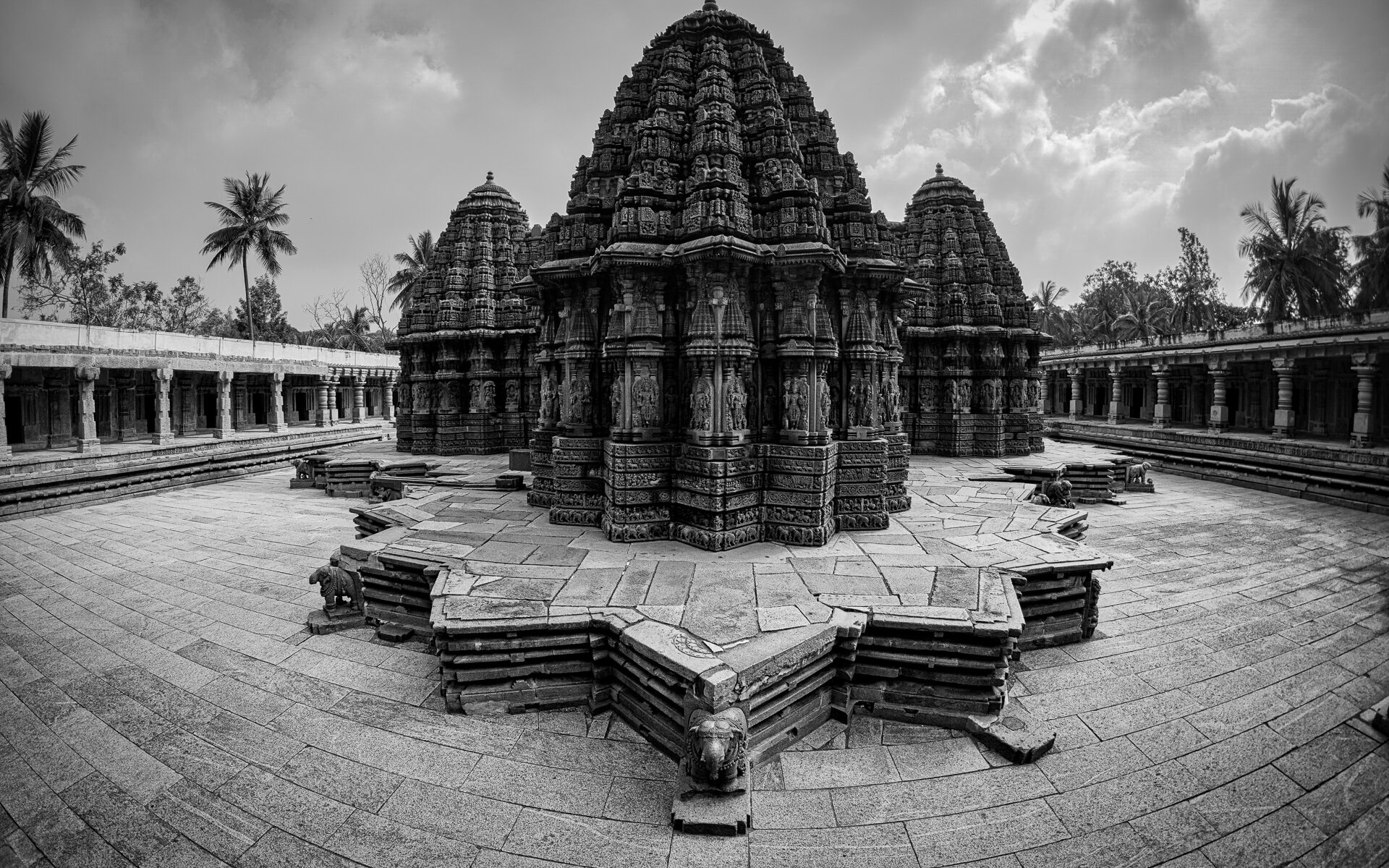 Hoysalas (1026 CE – 1343 CE) were a dynasty that ruled present day Karnataka, parts of Tamil Nadu and south-western Telangana; Their contribution to art especially sculpture and temple architecture is unparalleled! Their era was marked by illustrious achievements in art, architecture, and culture. The nucleus of this activity lay in the present-day Hassan district of Karnataka, India. Their  intention of surpassing the Western Chalukyan Empire (973 CE – 1189 CE) in its own sphere provided further impetus for excelling in the field of architecture.

History of the Hoysala Empire

The Hoysala rulers began as local chieftains in the hills of Western Ghats. With time, their fortune began to prosper and within a few decades they achieved the status of a powerful feudatory under Western Chalukyan Emperors. Early in the history of Hoysala dynasty, the capital of their nascent dominion was shifted from the hills of Western Ghats to Belur. The military conquests of Vishnuvardhan (1108 CE – 1152 CE) against the neighboring Chola Empire (c. 300 BCE – 1279 CE) in 1116 CE marks the first major development in the history of these dynasts. A new age ushered with Vishnuvardhan as he built the Chennakesava temple (1117 CE) in Belur to celebrate this victory; furthermore, he decided to shift the capital almost 20 km to the east to Halebidu or Halebid.

The Hoysalas gained their political freedom in 1192 during the reign of Veera Ballala II (1173 CE – 1220 CE). They soon became a leading power in Southern India and enjoyed territorial supremacy and economic well-being over the next century or so. At its height, the empire consisted of present-day Karnataka, parts of Tamil Nadu and south-western Telangana. However, invasions of sultanates from Delhi and Madurai, from 1311 CE onwards, proved fatal to the then reigning monarch, Veera Ballala III (1292 CE – 1343 CE). He eventually succumbed to these repeated onslaughts in 1343 CE.

I have tried to capture some of their architectural marvels in the following images, I would like to call this as poetry in stone.